Dobby vs. Jacquard: A Tale of Two Looms 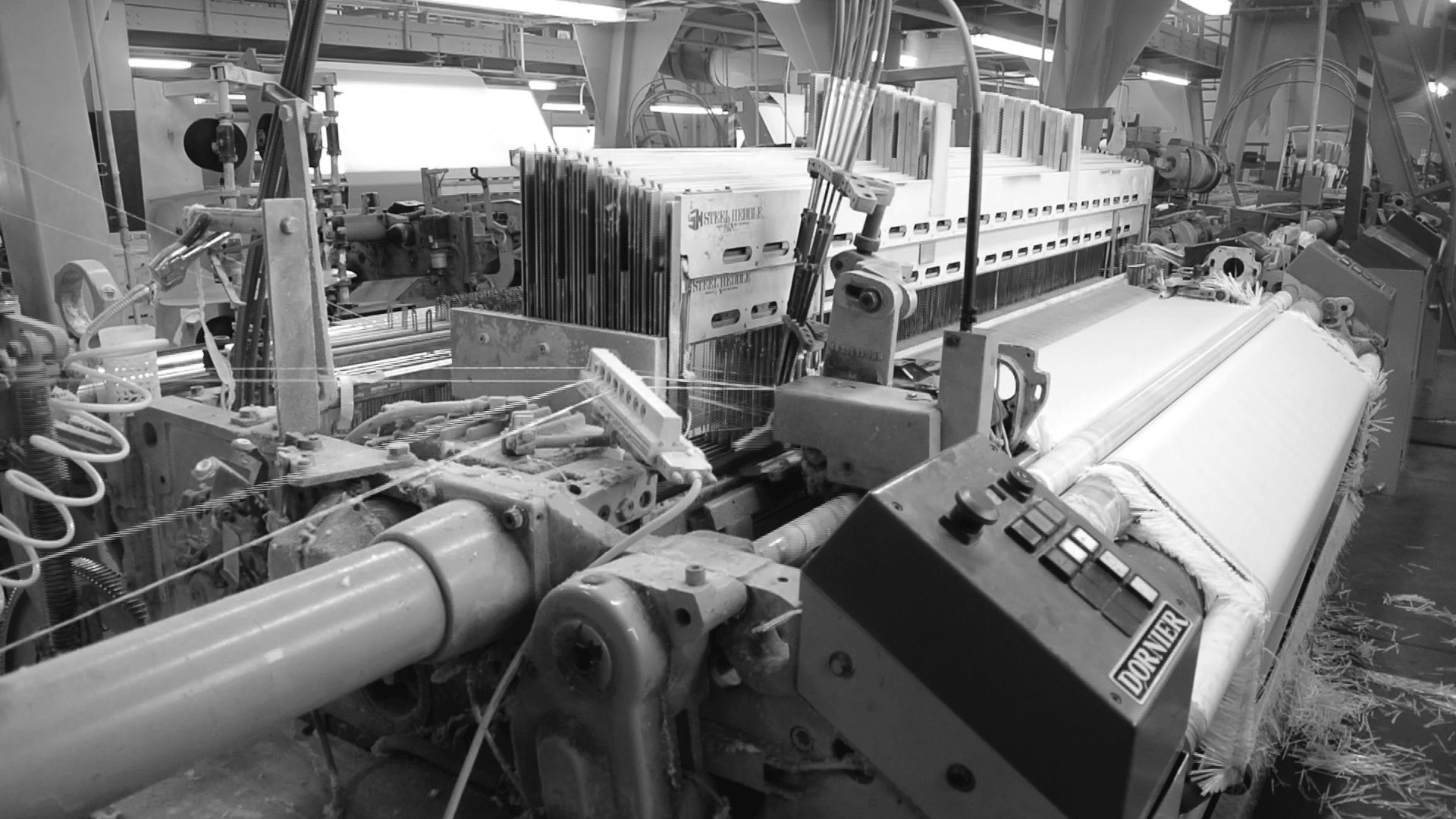 You may have heard the terms Jacquard and dobby in reference to fabric, but do you know what it means? In this post, we'll broadly cover the differences between these two types of looms. 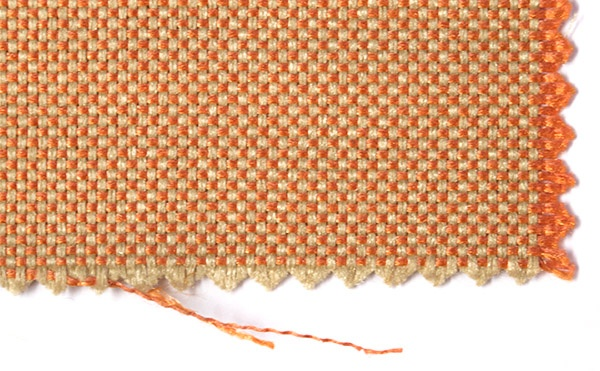 You can see in the photo above that the orange is the weft and the tan is the warp. By lifting half of the tan warp yarns up when the orange weft is passed through them, and then lifting the other tan yarns as it passes back, it creates a pattern. 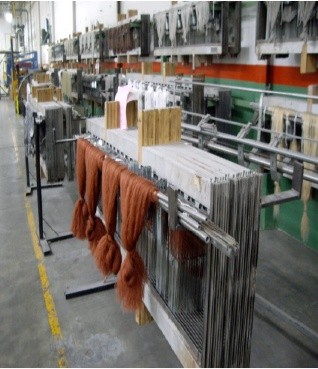 Above: Harnesses ready to go into a dobby loom

The main difference between a dobby and Jacquard loom is how the warp yarns are moved up and down. In the case of a dobby loom, you can only control the warp yarns in groups, moved by harnesses (the silver and tan paddle looking things). When a harness goes up or down, all the warp yarns attached to it move with it. That, combined with the loom only being able to hold a certain number of harnesses limits how complex a pattern can be.

Dobby looms are best used for simple geometric patterns because of the limitations of the harnesses.

Named after its inventor, a Jacquard loom is immediately identifiable by the green harnesses that extend up to where the control head is located. Each of those green harnesses in the above photo are connected to one, two or sometimes 4 warp yarns. Each one of those warp yarns can be moved individually, allowing for much more intricate and complex patterns to be woven.

The large spool in the photo above carries all the warp yarns, which are the length of the amount of fabric that is to be woven. Another spool on the back of the loom (not seen) takes up the finished fabric.

Here is a short video of weaving at our mill in Guilford, Maine.

Thanks for submitting a comment! We'll get back to you shortly.